Energy crisis and global warming have stimulated an interest in developing renewable energy source for electricity generation. Thai government itself has issued a renewable policy and has set a plan to increase wind power capacity to be 3,002 MW in 2036 while the current installation is now at 224.47 MW. Different types of wind turbines (horizontal- and vertical-axis) with different sizes (large- and small-scale) can be implemented in parallel to meet the target set.

The Darrieus-type wind turbine has a high potential for electricity generation as its performance is comparable to that of the conventional, horizontal-axis type. This turbine, however, has a serious drawback that it cannot start by itself without an energy input. The objective of this work is to solve this starting problem. 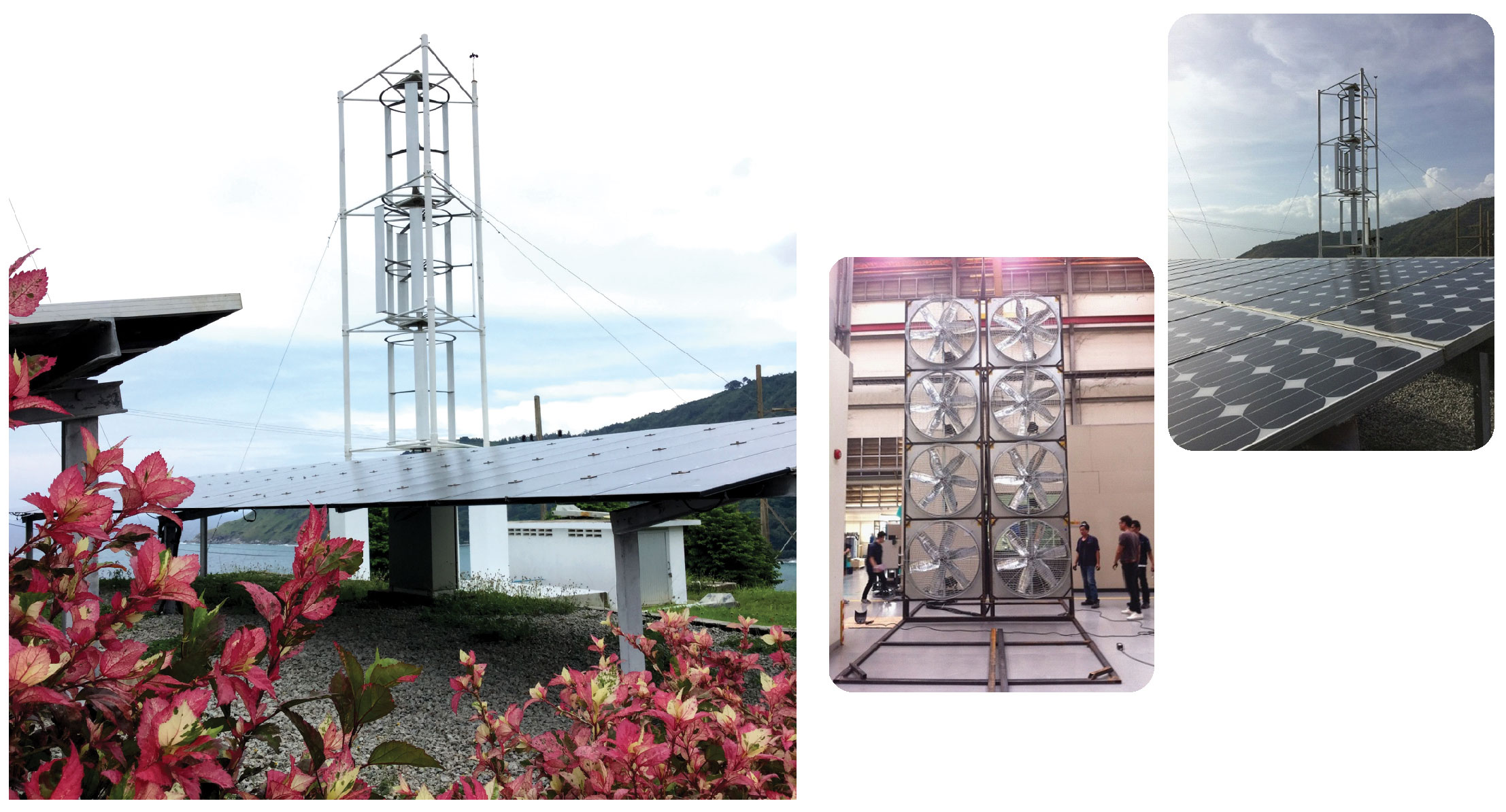 The scope of this work is to develop a Darrieus wind turbine that is able to start at a wind speed of 3 m/s and delivers 500 W at a wind speed of 8 m/s. This is achieved by applying two developed technologies: rotor technology and generator & control system technology. The new rotor configuration was designed by a numerical simulation. In addition to that, the aircraft wing construction technique was employed to fabricate strong and light rotor blades.

The development of the generator was focused on the reduction of magnetically induced torque (commonly known as cogging torque) and this leads to a smaller resistant torque that the rotor has to overcome. This reduction process is further performed through the control system that plays a role in reducing electrical load at low rotational speeds, resulting in more continuous acceleration.

The developed turbine has been proved to be self-starting under fan and field tests at a wind speed of 3.6 m/s. Power measurement at the Promthep alternative energy station at Phuket province has revealed that the turbine produces power of 400 W at a wind speed of 8 m/s. 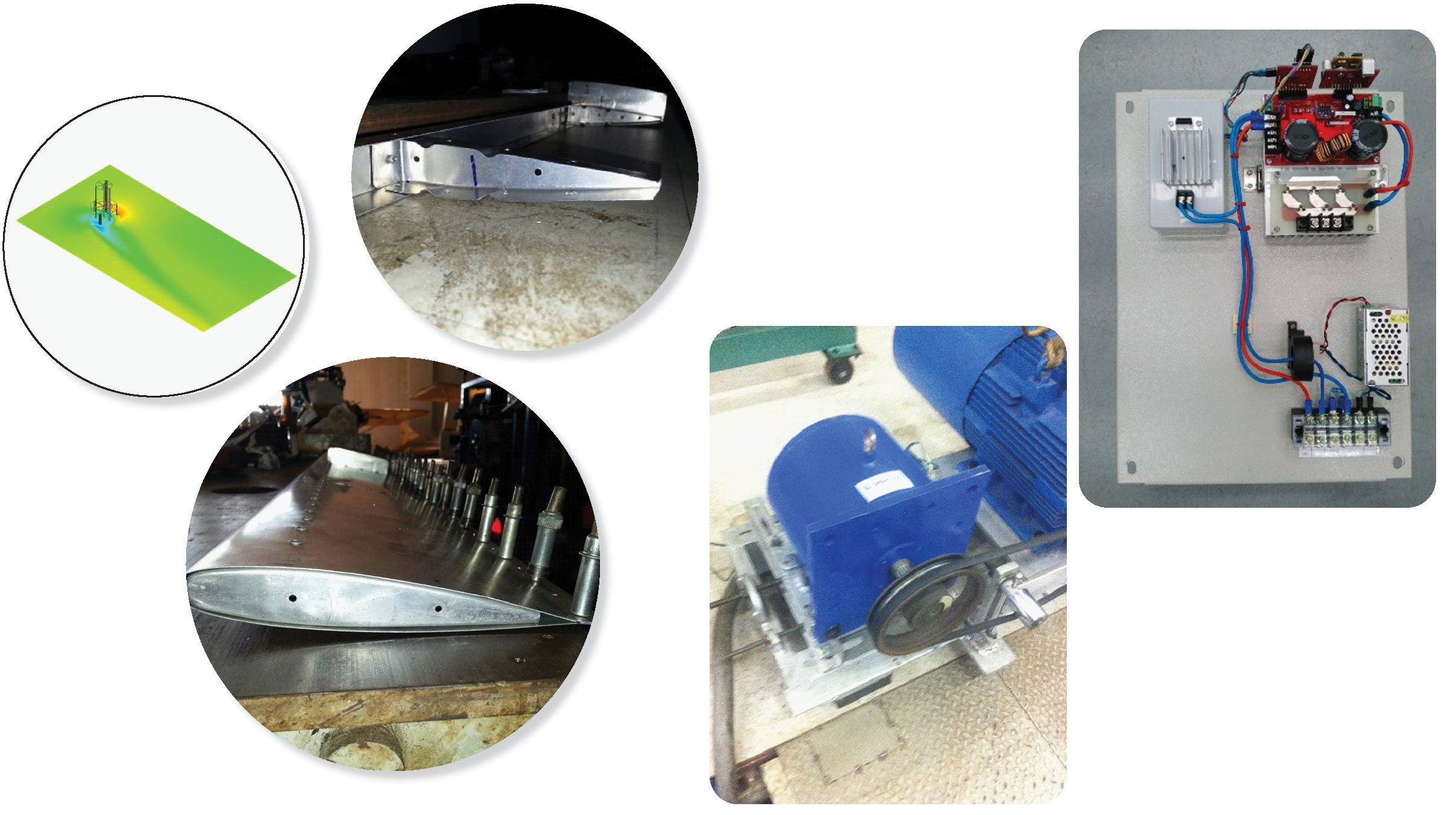 As the installation target is 3,002 MW by the end of 2036, a series of activities such as improving the turbine performance and increasing its rated power can be conducted in the future to achieve the target.